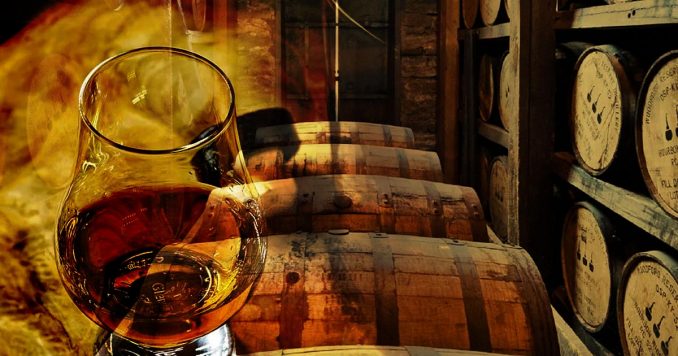 If you’ve seen some of our previous Whiskey guides, you’ll know we are not ones for fluff and bullshit; so, we’ll skip with the pleasantries and get right to what you want, some of the latest liquors and our favorite whiskey selections of the year.

And now, for the sweet, elixir of life; WHISKEY!

Distilled in small batches at the craft distillery located in the Cavalier Hotel in Virginia Beach, Tarnished Truth High Rye Bourbon is a high rye content bourbon that is great neat or used in a classic whiskey cocktail. If you’re a fan of Rye Whiskey, this one will quickly win you over!

While I prefer most of my Whiskey served neat, there are a couple of classic cocktails that are on the top of our list of drinks that we order when we are out – the Old Fashioned is one of those. But if you’re lazy as shit, and usually only order a cocktail at the bar, Eli Mason has a solution for home bars that rivals some of the top Old Fashions we’ve ever had.

There mixer has the perfect amount of cane sugar and premium bitters; just add your favorite whiskey and your ready to go!

If you are planning a Fourth of July Barbecue, Few Whiskey has a patriotic blend that should turn a few heads. Just like the melting pot that is America, Few American Straight Whiskey is a melting pot of some of their best selections of its bourbon, rye, and cherrywood-smoked single malt whiskeys.

We really liked this whiskey; served neat this is a powerhouse of oak and vanilla that is one of our favorites of the year. The only caveat I have, is they bill these as one of a kind bottle that has a unique flavor profile that is specific to the batch.

If you’re a fan of Irish Whiskey, you can’t go wrong with Bushmills 10-Year-Old Single Malt. It’s an incredibly smooth, rich whiskey that is matured in former Sherry casks and bourbon-seasoned casks that give it its unique flavor. It’s a great summertime sipper — it’s equally as good when you’re sitting at your computer writing an article about drinking whiskey!

West Fork Whiskey, who resurrected Indiana’s historic Old Hamer brand, introduced two Rye selections – a 90 proof and a 115 proof for those who want to kick it up a notch — that are both great chooses for those hot summer days.

TinCup whiskey out of Colorado recently introduced a Rye selection. Tincup Rye is a 90-proof rye whiskey, made of 95% Mid-Western Rye & 5% Barley. It’s aged for three years, and then cut to proof with pure Rocky Mountain water. It’s great in an Old Fashioned or thrown in your backpack and sipped from the TINCUP Shot cup that comes on top of every bottle.

Widow Jane is a Kentucky Bourbon that is proofed with Pure limestone mineral water from the Widow Jane Mine in Rosendale, NY. The water is said to have a higher mineral count than limestone-filtered water from Kentucky. Is it a marketing gimmick? Maybe, but just like the difference between Laphroaig and Lagavulin sometimes it all comes down to the source of your water! Hell, Whiskey history is filled with backstabbing, wars and death, all in the name of protecting the source of their water!

We love Whiskey; we also love the history of Whiskey. One of our favorite times in Whiskey History is the Whiskey Rebellion, when farmers and distillers in western Pennsylvania almost started another American Revolution over an excise tax on whiskey.

This shirt commemorates the spirit of the American Whiskey Drinker and can be found over at Shirts of Liberty.